Being an example to others not only in word, but also in deed is a principle that Pastor Walter Scott Thomas, Jr. aspires to live by. In November of 2014 Pastor Thomas was called to Pastor the First Baptist Church of Steelton in Harrisburg, PA.  Since serving as Pastor the church has grown and new ministry components have been added including public safety, social media, web streaming, prison support ministry and online giving.

In 2001 Pastor Thomas acknowledged the call on his life to preach the gospel and preached his initial sermon on July 20th of that year at his home church in Baltimore, MD., New Psalmist Baptist Church, under the pastoral guidance of his pastor and father, Bishop Walter S. Thomas, Sr. In 2007 Pastor Thomas was ordained into ministry. Pastor Thomas attended Morehouse College and graduated Cum Laude with a major in Religious Studies and a minor in Psychology. He also graduated as the top-ranking senior in his Major Department. Pastor Thomas earned his Masters of Divinity Degree from the Howard University School of Divinity. Currently Pastor Thomas is enrolled as a Doctoral student at United Theological Seminary in Dayton Ohio.

Pastor Thomas has worked to facilitate change wherever he has been. From working on reform in schools to traveling to Hiroshima, Japan to take part in a peace summit, Pastor Thomas has always had a mind to work on behalf of others. In 2016 he was elected to serve as the Vice-President of the African American Ministerial Alliance of Steelton and Vicinity. Pastor Thomas has also been recognized nationally and inducted into the Morehouse College Martin Luther King Jr. Board of Preachers in 2018. He also serves as a member of the Governor’s Advisory Commission on African American Affairs for the State of Pennsylvania and is an active member of the Kingdom Association of Covenant Pastors.

Pastor Thomas is married to Mrs. Jarrette L. Thomas, and they have two lovely children, Lillian Grace and Walter, III.  Pastor Walter Thomas is committed to serving God with a spirit of excellence. 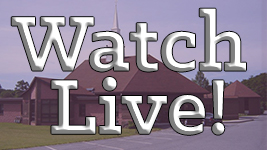